My old friend, the consummate forensic anthropologist, Dr. Clyde Snow, first approached me with a request to work on this case.  Partnered with the Cook County Medical Examiner’s Office, the Chicago Police Department and America’s Most Wanted, we were able to get this unfortunate murdered girl identified.

Two homeless men found a large keyboard box in a quiet Chicago alleyway.  It contained the decomposed body of a young woman.  Though her face was unrecognizable, her general hairstyle and clothing details were intact.

She remained unidentified for over a year.  Dr. Snow contacted me and asked that I attempt to help with the identification process.  I was sent the cleaned skull.  Interesting dental details included orthodontic cement and bands on some molars.  There was also a chipped maxillary lateral incisor, which would be visible from the front in life. 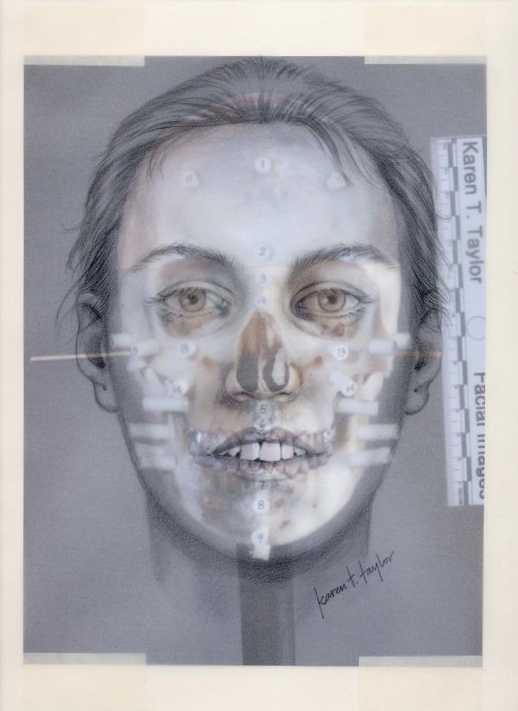 I developed frontal and lateral facial reconstruction drawings using all available information from the pathologist and the anthropologist, including a hair specimen.  In this case, I considered the 2D work as a sort of architectural study for the 3D version that I also planned to do. 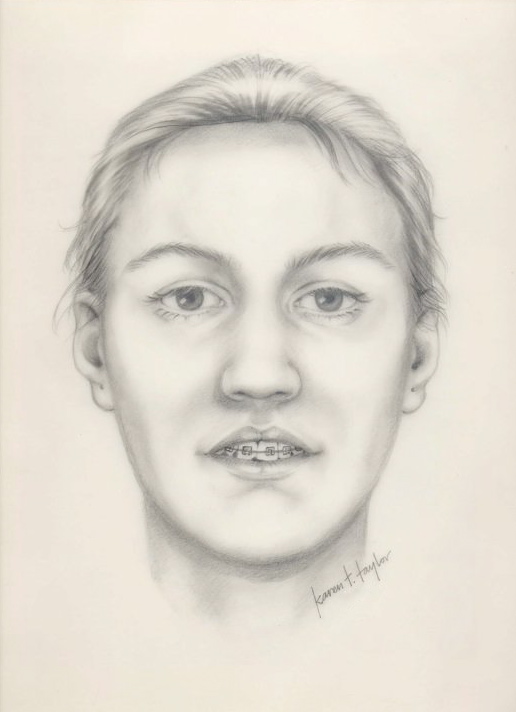 Using an acetate overlay, I did a version of the frontal drawing with darker eyes and braces.

A colorful striped ponytail elastic was found with the body, so her hairstyle reflected that in the lateral view.

Lateral sculpted facial reconstruction showing a ponytail elastic similar to the one found with the body.

The reconstructions were aired on America’s Most Wanted and also appeared on their website. 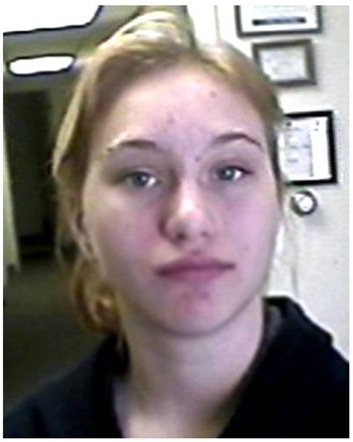 An employee in a dental office saw the reconstructions and contacted authorities, which ultimately led to the identification of this young woman.

© All images and text are exclusive property of Karen T. Taylor (unless otherwise indicated). No part of this website or any of its contents may be copied, reproduced, disseminated, published, altered or adapted in any way without the prior written consent of Karen T. Taylor.