I have enjoyed my role as forensic art consultant for the CSI: television franchise for many years. I have always viewed it as an opportunity to encourage accurate presentation of forensic art to the viewing public. Though “Hollywood” considerations have sometimes over-ridden my advice, my experience with the shows has always been a positive one. For the CSI:NY  episode “American Dreamers”, I was asked to consult with writers, prepare sculptural props and travel to Los Angeles to act as an on-set consultant for the actors. This can be a demanding and stressful task but I have always embraced it.

Storyboard for writers and producers

The earliest step was to consult with writer Eli Talbert about how he hoped to utilize forensic art as an integral part of the plot he was crafting for the episode. I prepared a storyboard of sketches to give an idea of the various stages of the props I could develop. This allowed insight so that the director and producers could more precisely plan a shooting schedule for the facial reconstruction action, once the time crunch of filming actually began.

In advance of my travel to California, I created the prop facial reconstructions in multiple steps, sort of like it is done for cooking shows. It would be far too slow for me to do a finished sculpture while the actual filming was taking place. Instead, the plan was that one step would be filmed, then the next and so on. Once edited together, the viewer would get the sense that it all happened as a smoothly flowing process. The multiple steps I made were then shipped ahead before my arrival for filming. 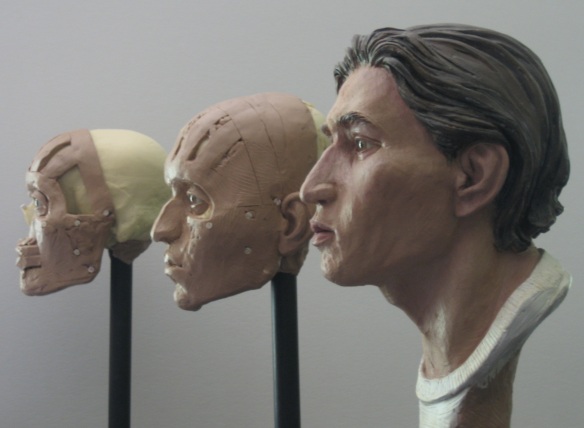 Three of the five steps of the prop facial reconstructions

For this particular episode, actress Vanessa Ferlito portrayed CSI “Aiden Burn” who was doing the sculpted facial reconstruction. She listened carefully to my guidance and worked very hard to accurately achieve the impression that she was doing the sculpture. Once shots of my hands working were interwoven with shots of hers as part of a “process shot”, the effect was totally realistic.  They kindly allowed my book, Forensic Art and Illustration, to appear in the shot on Aiden’s work table.

My time on the set is always challenging yet fun. I enjoy the interaction with writers and production staff as well as the actors. 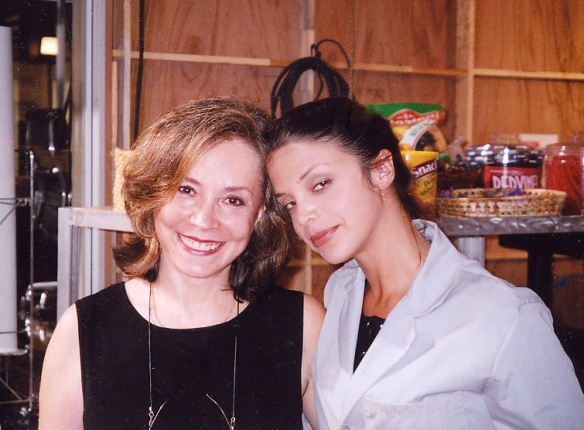 With lovely actress Vanessa Ferlito while on a break from filming

With writer Eli Talbert on the set of CSI:NY

All in all, this episode was loads of hard work and I feel that it turned out well. It boggles my mind a bit that the work I did was viewed by so many millions of people. I do particularly like the fact that fictional police procedural television shows have great power to generate interest in real-life crime issues. Over the years, I have come to truly admire actor Gary Sinise and the tireless work he has done for American military personnel and veterans.  Though he is “Detective Mac Taylor” on CSI:NY, he will forever be Lieutenant Dan! 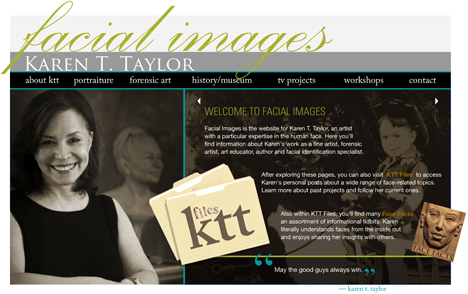 © All images and text are exclusive property of Karen T. Taylor (unless otherwise indicated). No part of this website or any of its contents may be copied, reproduced, disseminated, published, altered or adapted in any way without the prior written consent of Karen T. Taylor.